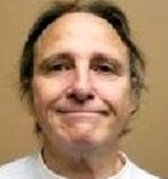 The Menifee Police Department is seeking the public’s help in locating high-risk sex offender Keith Wayne Alexander, who was recently released from prison and is refusing to wear a GPS anklet.

Police say Alexander is wanted for a parole violation for his refusal to comply with the conditions of his release. His whereabouts are unknown. His last known address was in Sun City and he is known to frequent the Cherry Hills Plaza.

A business compliance operation conducted at 19 automotive businesses within the City of Perris resulted in the recovery of 448 catalytic converters and 15 citations for various offenses. On August

K9 Lew of the Murrieta Police Department has officially retired and is set to live out his days lounging by the pool with Corporal Bock and his family. Lew was

Taco Tuesday nights are over but there is one more opportunity to gather as a community at the lodge to enjoy the lake, the ambiance of a summer sunset, and